Teachers share a significant responsibility in shaping students’ long-life learning approach. Although my teaching is eclectic and resist a clear philosophical classification, however it is possible to identify some fundamental values I always attempt to rely on; first of all conveying contents in an attractive way in order to keep students’ attention. Based on my experience, the constant search for new teaching materials together with the support of new technologies is a powerful combination to stimulate young people’s curiosity. Secondly, another important theme of my teaching I will emphasize is student autonomy. The teacher should provide students with learning skills needed to create independent study and research methodologies. I think that the best way to achieve this is to offer a wide range of academic contributions to a specific subject and encourage students in their own research papers to move beyond the mere description and make constructive suggestions.

During my Ph.D course I gave lectures on Chinese language and literature as Assistant Professor and worked for a project of e-learning Chinese lessons in order to provide courses with innovative tools. Both the two experiences have contributed to improve my teaching skills and methods and a deeper knowledge about modern and contemporary Chinese literature.
My work experience as Italian teacher and tutor in China from 2010 to 2013 allowed me to improve my knowledge of teaching and research methodologies as well as linguistic and literary analysis with focus on contemporary society and culture, language learning and comparative studies including Asian-European studies.
From September 2013 to July 2014 I worked as Assistant Professor of Comparative Literature at Sichuan University of Chengdu giving lectures in both Chinese and English. I was also responsible for the coordination of the Institute’s Comparative Literature programme organising lessons about Chinese and Western Literature and Cultures with a comparativistic approach.
When I taught at “L’Orientale” University I was part of a teacher teamwork responsible of developing an e-learning course on modern and contemporary Chinese literature. The team goal was to create an interactive context on Chinese history and society, including art, cinema and literature, which could provide the literary subject of greater depth and complexity and encourage a multidisciplinary approach. As a result, we had some success in creating a learning environment in which students could improve their synthesis capabilities and critical opinion.
Interaction with students is also essential to my approach; I tend to encourage informal discussion and I use to consider eventual learning problems as important feedbacks for my teaching. When planning a curriculum I am always aware of their different learning needs and styles, what they have already learned and what they will need to learn in the future. Listen to students has been crucial to improve myself as a teacher.
As for this issue, my experience as teacher of Comparative Literature at Sichuan University has been crucial; listening to students’ feedbacks has helped me to adapt my course according to their specific learning modes which, of course, were in part determined by their cultural background. When developing a seminar on the function of myth in literature I attempted to integrate it with some discussions about the use of myth in ancient Greek and Latin literature which have been useful not only to a deeper understanding of modern and contemporary Western authors, but have also provided students with hints about new research interests. 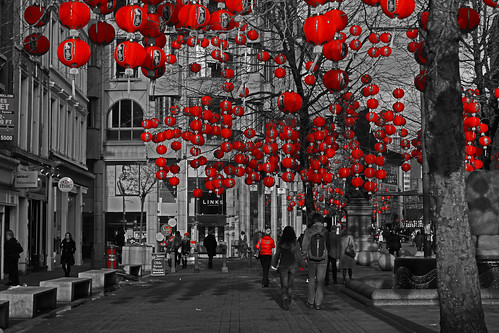 Hi everyone. I’m Elana, originally from The Ukraine and I teach Polish and Russian to anyone who wants to learn. I’ve been teaching adults for about four years here, but I was a teacher of children in middle school in The Ukraine, ages 9 to 11. I am a very patient teacher and I know that Eastern Bloc languages are very difficult to learn, but I really believe that with hard work and a positive attitude, anyone can become a perfect speaker. Spaseeba (Thank you in Russian) for reading about me and I hope to see you in my classes. Do widzenia (Polish for goodbye).

Nee how students. I am teacher Li Min Lao from the Beijing Province in China. I came to this country to help people learn about the culture of my country, and the beautiful and musical language that I speak. I hold a degree in Chinese cultural studies and am currently working towards getting my Masters degree. I hope to teach everyone about all of the history of China, and we can even learn about Chinese food together. I hope you will join my class, from the youngest student to the oldest, and we can all become lovers of China together.

Zdravo, kako ste vi danas? Welcome to my teacher profile. My name is Adrijana – pronounced: ahd-ree-ah-nah – from beautiful Croatia. I only came to this country recently but I have already met many students who want to learn to speak in Serbo-Croat. I was a teacher of geography in my country, and I love to explain how beautiful Croatia is, and the deep and rich history is has built over many thousands of years. I hope you will join to my class, even if you already speak the language, because I have many things to teach you that you maybe don’t already know. Good to you in your studies and I hope vidimo se uskoro, which means, I will see you soon.

Mandarin Chinese is the most spoken language in the world. With over a billion speakers worldwide, the language continues to soar in global popularity. In fact, Mandarin Chinese is slated to be the primary language taught at a new center in London. According to Education Minister Elizabeth Truss, the upcoming “center of excellence” will employ Mandarin speaking teachers to help British youth learn this fascinating and expanding language. The agreement with leading educational institutes in China will also train non-Mandarin speaking instructors in the UK as well. While there are currently 300 Mandarin speaking teachers across London, this new agreement will double that count to 600 by the end of the year.

Now it is the time to learn Chinese.

If you have always wanted to learn Chinese, now is the perfect time to tap into a wealth of opportunities. Along with GCSE language courses , Mandarin Chinese will also be taught at after school centers across the nation. This not only expands multiculturalism in the UK, it will also help students maintain a competitive edge in this challenging and diverse global marketplace. In fact, Elizabeth Truss believes this is a vital step in helping England’s youth compete for international jobs and positions. It will also help them learn about the Chinese culture, while expanding their educational capacities and horizons. This coincides with a recent Forbes articles that reiterates the importance of learning second languages in both the educational and business realms.

What the future of language learning is holding for you.

While the British PM would like to see scores of domestic Mandarin speakers by 2020, Katharine Carruthers is also championing this linguistic cause across the UK. As the Director of the Institute of Education, she has always stressed the importance of learning Chinese for students and commercial entities. With Hanban providing financial and logistical support for the new language center London, Carruthers is simply ecstatic. In fact, she believes this will lead to more GCSE language courses with a strong emphasis on French and Mandarin Chinese. In a nutshell, learning this important language will truly boost careers and business opportunities.