One of the most widely spoken languages around the world is Russian. With about 300 million speakers Russian can be heard almost anywhere these days, which makes this tongue highly useful for whoever plans to do business in Russia, visit the country or get exposed to its rich cultural and historical background.

Russian is an expressive tongue and it is considered not an easy one to learn. Here are several prevailing reasons how acquiring this language can benefit you both from personal and professional perspectives. 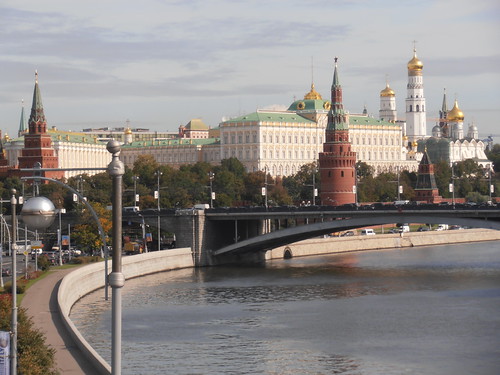 Russian is the fifth most commonly used language of global communication and it is one of the official UN languages. As the dominant and influential tongue in Eastern Europe, knowing Russian will also help you understand some Ukrainian, Slovak, Polish, Belarusian Czech and Bulgarian. Although the alphabet system is different (Russian use Cyrillic alphabet, while the west Slavic use Latin script), the meaning behind the words’ has much in common.

Russian’s improving economy and huge market potential show growing opportunities of trade and investment for international companies. Entrepreneurs interested to do business in the world’s largest country should be familiar with the language at least on an intermediate level as English is still not widely spoken across the country.

Getting Exposed To Culture, Art and History

Russia has an extremely rich cultural heritage which has spread far beyond its borders: Golden Age writers and poets such as Tolstoy, Dostoevsky and Pushkin, ingenious musicians, composers and Nobel Prize winners have conquered hearts and minds of numerous people around the world.

Most of the country’s literature masterpieces have been translated to hundreds of languages. Translation, however, often fails to convey the message to the full extent. To gain a deeper understanding of the world’s classic literature one should be able to read it in the original language.

Have you ever thought of visiting Kremlin or the Hermitage Museum? Moscow and St. Petersburg are two primary destinations in Russia. Unless you are accompanied by a local guide, it would be best to get acquainted with the language at least on the basic conversational level. Young Russians are mostly fluent in English; the older generation, however, might have difficulty communicating with foreign tourists.

For those who plan to go to Russia by themselves it is important to keep in mind that all the road signs and transport stations are all in Russian – therefore it is necessary to be familiar with Cyrillic alphabet at the least.

Besides the two famous cities there are plenty of other locations worth visiting. Being able to speak and understand the language opens many treasure chests across the vast territory of Russia: the Altai Golden Mountains, the Caucasus, Siberia and many more.

Russian is an extraordinary tongue with exceptional grammar rules and abundant vocabulary. Getting into it is a challenge that never ends. Being a modern country, Russia, nevertheless remains an enigma – a country full of contradictions and controversies. Studying the language is an efficient way to get in touch with its people’s mentality, make friends and establish potential business relationships.

London offers a wealth of people and their knowledge, so if you are in London for any length of time it make sense  to start or continue learning Russian. The language class offer Russian tuition through qualified and native teachers.