According to the Guardian, learning languages is of the utmost advantage in the fashion industry for one reason: fashion is international and if you want to be able to communicate with peers in the fashion capitals of the world such as Paris, New York and even Japan, you have to be able to speak in their language. According to them, fashion companies are now actively looking for language skills in new hires. For old hires, companies are offering language lessons to enable their employees to be able to communicate with peers abroad.

The fashion industry: a global player in the international business field.

Fashion companies are being careful with how they encourage employees to communicate in new languages. According to Aldo Liuori, the global head of PR and Fast Retailing at Comptoir des Cotonniers, it is very important to check your communication. Aldo says, “If you are not able to fully understand what someone is asking or telling you, take a step back and ask them to repeat. Even though I started many years ago, that has been a true success factor for me”. He recognized early in his career the value to his career that learning languages would bring. 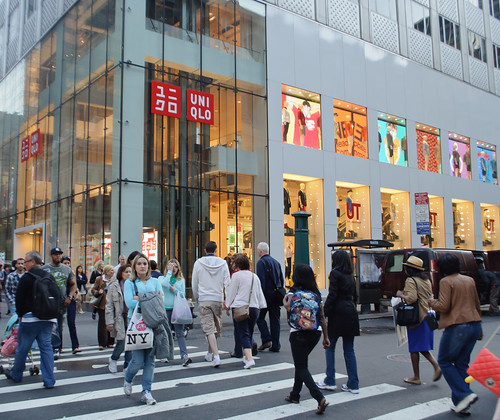 Speaking foreign languages might be the key for success.

Even the British fashion industry is beginning to buy into the idea that foreign languages brings a certain and unbeatable advantage to the industry. The British Fashion Council today recommends that people learn new languages if they want a competitive edge in the global market. Kat Salcross, the marketing administrator at New Look, agrees completely with this. She took a degree in French and Spanish and according to her, “It would definitely have been difficult to have done the job without my language skills. To be able to speak in French rather than just English made everything more efficient.”

She recalls a visit to France and Belgium when she had to do a presentation in French. That she could speak and understand French was a big advantage to her and she noted that the people she gave the presentation to didn’t have language skills. In her words, “the store managers couldn’t have explained everything in English that they explained to me in French”.

Patrick Clark agrees with Kat. When the Guardian met up with him, he was leaving for Milan to report on Fashion Week for the fashion magazine Schon. He says that although English is the most commonly spoken language in the fashion industry, is learning languages as been of great profit for him when he has to report on fashion events in non-English speaking countries. “Anyone you meet at Fashion Week is potentially a colleague. I’ve created a lot of links in Milan with people by speaking Italian – a photographer we’re working with now is a friend of a friend.”

But which are the right languages to learn? French and Italian are indispensable, but the market today is leaning towards China and Japan because this is where the bi buyers are. And the problem happens to be that most Chinese and Japanese people don’t speak English.

Clearly, if you want to be a success, you should start learning languages.

The Language Class and International Corporate Training in London.

If your company operates at international level and your staff needs language training our company is very happy to help. We can supply corporate language teachers who can come to your offices and teach directly to your staff.