You hear those sounds and see those stick figures and wonder how you could ever speak or read Chinese, right? It seems scary and most English-speakers cringe at the thought of taking up Chinese classes. However, the fact is that Chinese is much easier to learn and even an average student can learn Chinese in 5 minutes. It is a beautiful language that has great use of phonetics, does not use too many syllables, uses no articles, and has neither plurals nor genders. If that already doesn’t make it easier, then consider the fact that you can understand what the Chinese speakers are saying even if you do not get the tones right. Apart from the ease of learning Chinese, there are many different reasons why it would be to your advantage to know the language. Sample these 10 and tell me if you don’t want to sign up already. 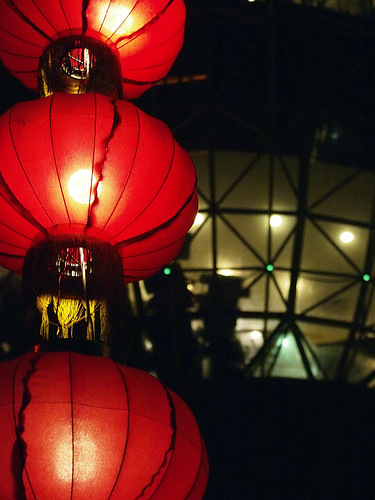 chinese language will open the doors to a new culture – source

Position Yourself for Future Opportunities

The world is a global village with a billion of us being of Chinese origin. This is a market segment you can never choose to ignore. The Chinese economy is also experiencing some robust growth and many companies and governments all over the world are finding themselves increasingly trading with the Chinese. So think about it, if your firm is competing with another firm to partner with a Chinese firm who do you think they Chinese will go with? Will they go with the foreigner who needs a translator to communicate with them or the foreigner who is cracking all those Mandarin jokes like he was born in Chongqing?

China is regarded as the “factory of the world”. This is according to Robert Mundell, the Nobel Prize Winner. If you look at the balance of trade between big economies like the U.S, you find that it is in favor of China with over $41 billion in 2006 alone. If you are in the import-export business you will realize that most of your business dealings are with Chinese firms. If your company is not, then your contemporaries and competitors are most likely doing better business than you are. Equip yourself with the Chinese language and look East for a better bottom line.

If you are fluent in Chinese and have an interest in politics then there are countless opportunities for you within your country and beyond. This is because China is a growing global investor and many countries are finding it advantageous to work with the Chinese. Knowing the language gives you a leg up against other political pundits competing for the same posts. If you do not believe me just ask former Australian Prime Minister, Kevin Rudd, a fluent Mandarin speaker.

As mentioned, the world is a global village. Therefore, it pays to be multi-lingual to communicate better with others in your community. Your next door neighbor could be Chinese or your son could bring home a Chinese bride. Talking with the in-laws will be much less awkward and much more fun. Organizing a neighborhood watch won’t be so complicated either if we could all know what the other is talking about, wouldn’t it?

If you are thinking of gaining new academic exposure by studying abroad then knowledge of the Chinese language could be a great help. You will understand theoretical and academic concepts easier and you will enjoy your classes more. No more retarded looks as your Chinese tutor explains how simple electronic circuits work.

The Japanese are Studying Chinese

Japan is one of the fastest growing economies in the world. And over there, they are teaching as much Chinese as they are teaching English. The Japanese realize that in order to take advantage of economic opportunities and advance their national strategies, it is in their best interests if their population consists of a good number of Chinese speakers. Do you think the Japanese are wrong?

If you are American and have never left your country then you might have a very closed view on how the rest of the world works. This is true even for a Chinese who has never left his/her country or a European for that matter. Learning a new language exposes you to new cultures and new ways of thinking and this widens your knowledge and expands your perspectives.

Imagine walking into a singles bar and opening up conversation with the Chinese ladies seated at the next table. Your friends will be looking at you in awe and I assure you, your phone book will have new phone numbers by the end of the night. Well, even the waitress might just offer you hers! Everybody admires people who seem worldly and have good communication skills with others from different social settings.

It has been scientifically proven that knowing more than one language is good for your brain. The cognitive muscles of your brain get more exercise when you switch between languages and this makes you more alert and more focused in general. Studies show that multi-lingual people are more effective in their tasks, can multi-task better, and are good at prioritizing.

If I was haggling prices or negotiating some big business deal I would prefer if I am talking the same language with my trade partner. The presence and actions of a translator will be at best amusingly distracting, and at worst extremely irritating. Besides, if you have watched those soap operas with subtitles you know that translators do not always convey the same meaning as was intended by the speaker.

Learning a new language can be beneficial on many fronts and there is no better choice of language than Chinese. It will benefit your social interactions, business dealings, cultural knowledge, and political actions.

Morgan Dalloway grew up as an army brat, following his dad to army stations in various Asian, Middle East, and African posts. The challenge of making new friends after every new posting made him the multi-lingual expert that he is today. Speaking over 8 languages fluently and with a more than passing knowledge of over 10 other languages, he has taught various Chinese languages online and in classroom settings.