If you want to travel the world sometime in future, you should start learning the French Language. 10 years ago, 77 million people were using French as a first language and 51 million people used it as a second language. At the time, there were 100 million students of French, who wanted to learn the language for either jobs or travel. The numbers have since had grown with more and more people adopting French as one of the languages that they speak regularly. 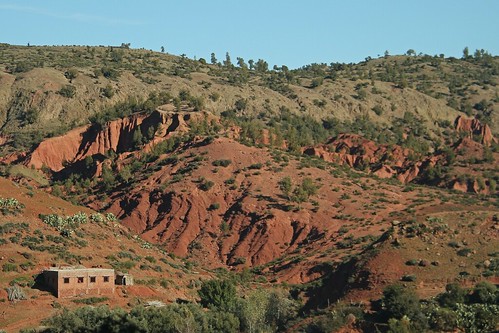 For you, this means that a lot of the people you will meet will speak French. The best way to travel around the world is if you can communicate with a good number of the people that you meet. That is why learning French is important. It will help you communicate with people in all the Francophone countries that you will visit.
There is a mistaken notion that learning French is harder than learning Spanish. The truth, though, is that it isn’t. Anyone can learn French. It is a versatile language that is easy to learn. So long as you have the right teacher, the right text and some practice, you will be speaking French before long.
Learning French will open access to some of the most interesting tourist destinations around the world. Morocco and Lebanon, for instance, are French-speaking countries that are rich in Arabic history. If you want to understand a lot of the Middle East and Northern Africa, a visit to these two countries is a must.
Another country that is a great tourist destination is Canada. A lot of the history of the Americas is to be found there. Additionally, it is a country so rich in nature that a single tourist visit cannot get to all of it. The people of Canada primarily speak French, so if you are going to enjoy your travels, to understand local culture, you have to learn the French language.
We haven’t talked about France, one of the oldest cities in Europe and one of the riches in culture. Going to France is one of the riches experiences for many people. To enjoy France to the fullest, you have to be able to communicate with the native people.
Are there tips to learning French faster?
Indeed, there are things that you can do so that your French lessons take a shorter time:
•Learn what you need to know. You are travelling around the world soon so learn how to ask the kind of questions that tourists ask.
•Don’t limit yourself to one way of learning French. We all learn in different ways so use what works best for you.
•Repetition helps you learn faster than anything.
•Learn in a group. Group learning shortens learning time and you can practice with group members.
•Read about French history and culture; it helps you learn
The French language is one of the most common languages in the world. If you plan to enjoy your travels, it’s time you started taking some French language lessons.